This sounds very familiar to many of us. If we commonly share one Dharma body, then would every Dharma not be Buddha Dharma?

How can the Treatise on Response and Retribution be an exception? It is also a Buddha's teaching.

The Treatise on Response and Retribution and the Guidance to Hidden Merits are good reference materials, which provide a complete and practical explanation of the Five Precepts and the Ten Good Conducts. Master Yin-Guang understood that in our time, this world would face major chaos and disasters. There is only one way for us to avoid these disasters. It is to help every sentient being become awakened, to refrain from wrongdoing and practice good deeds.

In this way, even if the disasters cannot be totally eliminated, their frequency and severity can be reduced.

This can be done. Practitioners from Taiwan have asked me if Taiwan can be exempted from these big disasters. The answer is yes, without doubt. However, the Taiwanese have accumulated an enormous amount of negative karma. When did they begin committing their bad deeds? No more than twenty years ago. Before that, the Taiwanese were very law-abiding and courteous. Thirty years ago, it could be said that the courtesy of the Taiwanese was the best in Southeast Asia. The people were kind and friendly. Hence, it is only in the past twenty years that the Taiwanese have committed bad deeds.

During this time, the general mood of society changed. However, not that many people have committed bad deeds. And they have not done so for long. Fortunately, there are many kind-hearted people and those who recite "Amituofo". Thus, even if disasters occur, they will not be too severe. On the other hand, the Japanese have been committing more bad deeds. The consequences that they will have to endure and suffer in this big disaster will be more than ten times those of the Taiwanese. In view of the principle of response and retribution the Law of Cause and Effect , if we plant good seeds, we will obtain good results.

If we plant bad seeds, we will definitely obtain bad results. This is the true principle of response and retribution. Therefore, Master Yin-Guang did his utmost to advocate these books, which contain the true wisdom for saving the world from major disasters. But what he had advocated for a lifetime was only truly understood by a few. After the Master passed away, even fewer people advocated these books. I stayed in Hong Kong for four months. I follow the teachings passed on from Master Yin-Guang. My late teacher, Mr. Bing-Nan Lee, was a student of his.

Thus, I have a strong regard for Master Yin-Guang's teachings and the books he had advocated. I have read all the books printed by the Propagation of the Teachings Society. Chou and Liao-Fan's Four Lessons , have been the most widely circulated.

The Chinese Buddhist Library had also collected many volumes of their books. I brought a copy of each one back with me to Taiwan. When I saw the copyright page, it showed that each book had at least ten or fifty thousand copies printed. There have been over ten editions of each book.

I was very surprised that over three million copies have been printed, when only one or two thousand copies of the other books were printed. Why did he print so many copies of these three books? This caught my attention.

After careful consideration, I realized that Master Yin-Guang took great pains in trying to save our world from major disasters. These three books are excellent. Today, we see many books on ancient prophecies from the west in many bookstores around the world. I have seen at least ten different versions. They all predicted that will be Armageddon and that major disasters will probably continue for twenty-years. They will result in the complete annihilation of the world. This period will start around and end around These books tell us that these disasters will occur as a result of the sins committed by human kind.

That these have so angered God that he will punish the world. However, they only speak of predestination and cannot be compared with Liao-Fan's Four Lessons and the Treatise on Response and Retribution. 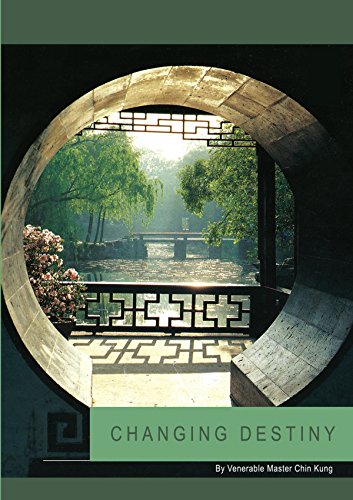 These two books explain how to help save the world from disasters while the former ones only tell of impending annihilation but not how to avoid it. There is another book called the Bible Code , which shows more understanding than the rest because it concludes that everything depends on our hearts.

If we are able to correct our wrongdoings and be kind-hearted, then we can eliminate these disasters. However, this is still too general. There are no specifics on how we refrain from wrongdoing and practice good deeds.


But, even this is incomparable to the three books advocated by Master Yin-Guang, which provide us with clearer and more complete explanations on accomplishing this. But, truthfully, we have realized this too late. We lack good fortunes. Why do I say that we have realized this too late? Because we have yet to translate these books into foreign languages to be circulated worldwide. We did not realize the importance of translating them into other languages. To have done so would have benefited the whole world. This is what we did not realize. Now it is already too late to do much.

However, we still hope that everyone will do their best in the translation of these books into foreign languages for free worldwide distribution. People who have the opportunity to read these books will be fortunate.

It is our responsibility and mission to encourage everyone to read these book many times and practice their teachings daily. Not only will this change our own karmic results but it will also stabilize society and help sentient beings escape sufferings and disasters. This is a copy of the first edition of the Compilation of Response and Retribution that I printed. Since then numerous editions have been printed. I believe that at this time we have printed about one hundred thousand copies. But, our abilities are limited.

Chou and Liao-Fan's Four Lessons. I have also lectured often on these three books and cannot even remember how many times. This copy is the same one that I have used for past lectures.